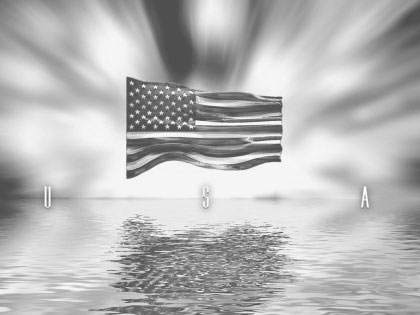 Well that was one heck of a week.  While I certainly was not smart enough to predict the results of the election, it has had a profound impact on my expectations for us as investors.  For the last 7 years, I’ve been one of the most vocal advocates of financial stocks that I am aware of and fortunately we have made a lot of money on them. The case was simple: Despite the most pernicious regulatory environment towards the banks since just after the Great Recession, the valuations were so cheap that I couldn’t figure out a way in which we would lose money. The banks have double the capital and double the liquidity that they had prior to the Financial Crisis, meaning they are much safer.

Despite paying tens of billions of dollars of penalties for past transgressions, the banks have still been incredibly profitable.
Now that they have built up their capital ratios and improved their operating efficiency, they should ultimately be able to pay out close to 100% of net income to shareholders via dividends and stock buybacks. Given the incredibly low valuations these stock buybacks are enormously accretive and increase intrinsic value. Also, there are very few and most likely no industries where I expect dividends to rise more rapidly than in the financial industry. For those of you that are retired or close to retirement, these growing income streams will be of enormous value.

Now there have been at least three serious negatives impacting financials in general:
• The first was that the regulatory environment was incredibly detrimental as the rules continuously changed, and there seemed to be a competition to see who could obtain the biggest fines, regardless of the actual infractions that had occurred. Now don’t get me wrong, people that engage in fraud and deception should be punished. Also, I totally agree with requiring higher capital ratios and I have no problem with reducing proprietary trading. I do have a problem with the vigilante mentality in which no penalty seemed like enough. Shareholders that may not have even been shareholders when crimes were committed and certainly didn’t perpetrate the crimes, were bilked out of literally tens of billions of dollars. That money went to government coffers, but I have definite questions as to whether those that were actually harmed by any crimes actually received much benefit.
• The 2nd negative was slow economic growth. The big global banks are big beneficiaries from economic growth which has been incredibly tepid, but fairly consistent. Banks lending to businesses and individuals is absolutely vital in promoting economic growth. When regulations penalize banks for making good loans that could stimulate growth, there is a problem. Increased infrastructure spending was a focal point for both parties and if implemented, should spur faster economic growth. Increased spending is stimulative for the economy but it must also be balanced by prudent fiscal discipline. The returns on the investment much outweigh the costs. Fortunately interest rates are incredibly low, which reduces the hurdle rate for an investment to be profitable.
• Lastly, low interest rates has been a huge negative for financial stocks. We have seen distortions such as negative interest rates, which were once deemed impossible. This was highly detrimental to both growth expectations and financial stocks. Since the election, inflation expectations and interest rates have spiked. This is a very good sign in getting out of the dreary and nearly-deflationary economic environment that has plagued the world since the Great Recession. There are certainly negatives to rates going up, but our portfolios have been positioned to benefit! It took longer than I expected and there is still a lot of work to be done, but this week was a wonderful example of how quickly things can turn in financial markets.

Higher interest rates are absolutely deadly for many investments.
The TLT or long-bond ETF was down about 7% this week. For something that yields about 2%, wiping out three and a half years of interest payments is obviously an incredibly negative result. Most bonds investments are going to be disastrous. One trillion dollars was wiped out just this week. Most financial advisors will put you in some generic 60/40 equity/bond portfolio with no concept of valuation. This may have worked when interest rates were going down over the last 30 years. It is an incredibly toxic recipe for future investment results! Many overvalued areas that have been owned for their dividend yields such as utilities, telecoms and REITS have been getting killed. We have been warning about this all year. It can be very difficult to predict the timing of when corrections in stocks and industries will occur, but the undervaluation in financials versus the overvaluation in these areas was obvious to anyone that competently studied the financial statements.

Now we fully believed that financials would do far better than the market no matter who won the election.
This unexpected result has increased my expectations dramatically. Imagine if large portions of Dodd-Frank are repealed, which prohibit banks from buying back their stock and raising dividends without approval from the Federal Reserve. While there are some benefits from the CCAR process and I’m still in favor of Stress Tests of some kind, it is a very bureaucratic and expensive process, costing hundreds of millions of dollars. I believe if this one change was made, you could see the big banks trading 20% higher within just a few weeks.

Another important issue for our clients is the election of Governor in Puerto Rico, which has been plagued by serious economic problems.
The winner was a gentleman that favors statehood for Puerto Rico and that understands that any financial recovery for the island will require access to the capital markets. This is very different from the former governor, which implemented every action he could to hurt those that had literally invested in the island’s growth for decades. This event and the implementation of the Fiscal Control Board, where I believe the Obama administration and Congress worked very effectively together, are incredibly positive and should lead to great developments for our large investments in the bond insurance companies.

AGO, MBIA and Ambac have all been enormously successful investments and we have been adding throughout. All 3 are still undervalued and believe me, there is more money to be made.

In closing I want to be very clear.
This election was ugly and our country is divided. While it may be worse now, political partisanship has been very prevalent since at least the Adams administration but more than ever I hope that we can all come together. My job is not to express political views, but instead is to generate strong returns on your hard-earned capital and that is what I intend to do!

What I want to convey to you is that recent developments have enhanced my estimates of intrinsic value for our large positions.
We have little to no exposure to areas that I believe will be negatively impacted such as hospitals, utilities, REITs, etc. There is a great deal of risk in the market due to high valuations and I’d bet strongly that investment returns in things such as index funds will be meager over the next 5 years, even if we find ourselves with faster economic growth. The reason is valuations. But take solace in that fact that we aren’t just invested in the “market.” We are invested in the most undervalued areas.

Most of our large positions still trade at huge discounts to both book and intrinsic value. We will continue to take advantage of selling options to generate income and reduce risk.

I cannot express my gratitude and appreciation for the clients of T&T Capital Management that have stuck by us through thick and thin and nothing provides me with more pleasure than to do well for you, and I can absolutely promise that I will work my tail off to improve you and your family’s financial situation. Nobody can ever guarantee results, but I can guarantee that my team and I will put in the work and will always put your interests first. We will always deal with you honestly and openly. Lastly, we are fully invested in the same securities and strategies that we do for you. It has been a crazy year with highs and lows. In closing, I couldn’t be more confident that your patience and trust will be well rewarded as we move forward! If you have any questions or if I can assist you with anything at all, I’m always at your service. Just give me a ring directly at 805-886-8140!