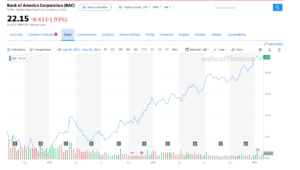 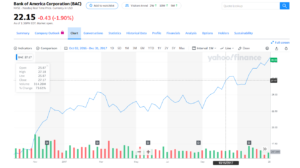 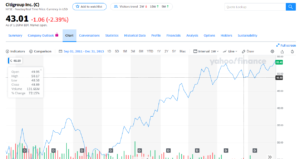 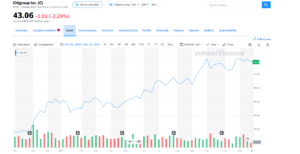 2020 has certainly been a tragedy of epic proportions on just about any level imaginable.  There is no sugarcoating that.  When you have tens of thousands of people dying from a new virus, and economies shut down across the world, it is tough to feel cheery, especially when you sprinkle in record unemployment.  The stock market has been a tale of two cities.  In one you have tech stocks and healthcare.  These trade at valuations not seen since 2000 when they ended up getting ravaged as the bubble collapsed, but they have held up pretty well in this market.  Then you have value and anything seen as cyclical.  These stocks have been clobbered and are as cheap as we have seen in ages.

There are many historical times I could point to, but I thought it would be helpful to look at relatively recent history.  In 2011, there was the European Financial Crisis.  This was a very scary episode where it really looked like the Euro was on the verge of collapse.  Stocks tanked, especially financial stocks.  This enabled us to add to our positions as incredibly low levels, at steep discount to book value, and a single-digit multiple on normalized earnings.  At that time, the banks were still recovering from the Financial Crisis, and were facing tens of billions of dollars in losses from litigation covering that period.  After a few months of major turmoil, it became clear that the ECB would do anything necessary to hold together the Euro.  The clouds cleared and bank stocks took off like a rocket.  BAC tripled in value in around two years time, while C basically doubled as well.

In the summer of 2016, the shocking Brexit vote frightened the market materially, while concerns about the upcoming election further stoked fears.  Once again stocks sold off, with financial stocks leading the way downwards.  Once again we added materially, as the fundamentals were incredibly strong, and the prices offered very little risks of permanent losses, like in 2011.  As the market came to realize that Brexit represented more political risk than financial risks, the financial stocks soared to new heights once again.  C was up about 50% and BAC basically doubled.  The same went for most financial stocks we invested in during the period.

Now let’s fast forward to 2020.  The market collapsed in March due the Coronavirus pandemic and the disastrous closing the economy.  While the market has rallied a bit, financial stocks have lagged.  I’ve been spending hours upon hours each day analyzing the financial results and implications, and I can tell you that I’m as confident as I’ve ever been we will see a massive recovery.  As I’ve written about before, the banks were profitable despite a huge accounting change requiring them to reserve for all future foreseen losses on the life of their loans, and the reserve adds due to Coronavirus.  That is a result of their incredibly strong and durable businesses.

They went into this crisis with their strongest balance sheets and earnings profiles in history.  Despite this, the stocks have been clobbered to levels beyond what we saw in those other circumstances even.  This is the buying opportunity of the decade.  Wells Fargo for instance trades at about 0.6x book value and has a dividend yield over 8%.  Wells Fargo has one of the safest balance sheets in banking, as they are relatively vanilla in their exposures.  Surely they have had their issues, but this is an example of a stock where we think you could see a double within 2-3 years, and then you have the dividend alongside that.

Citigroup and Bank of America are both in a similar circumstance, trading at levels that are totally unjustifiable.  This is a bigger crisis in many ways, but the response has been bigger as well.  The Federal Government and Governments across the board are throwing trillions of the dollars at this.  The Central Banks are all in on supporting the economy by basically whatever means necessary.  In my opinion, the only way we lose is if we see the total collapse of the global economy that lasts many years.  There is no doubt someone will sell you a newsletter predicting just that, but have faith and confidence.  Things are going to be okay!

While still extremely severe, the data the health crisis is improving.  Hospitals aren’t full, hospitalizations are down, and testing is up.  The serology data points to the virus being here quite a bit longer than initially believed, and is far more widespread, meaning the death rate is much lower.  Around 50% of deaths have occurred in nursing homes sadly and the average age of death is about 80.  Auto dealers in areas that have already reopened are seeing strong demand, which is very encouraging for the overall economy.  As manufacturers come on line, jobs can return.  We will get through this.  You will see the full benefit of our strategy and protections in place by January of 2021, which is when most of the options expire.  Even if stocks went nowhere from here, that would help us quite a bit, but I’m expecting a recovery well before that as these valuations won’t last.