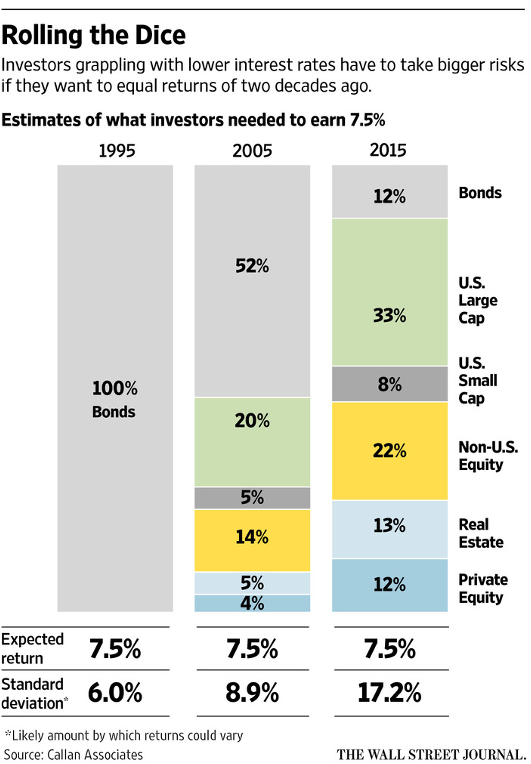 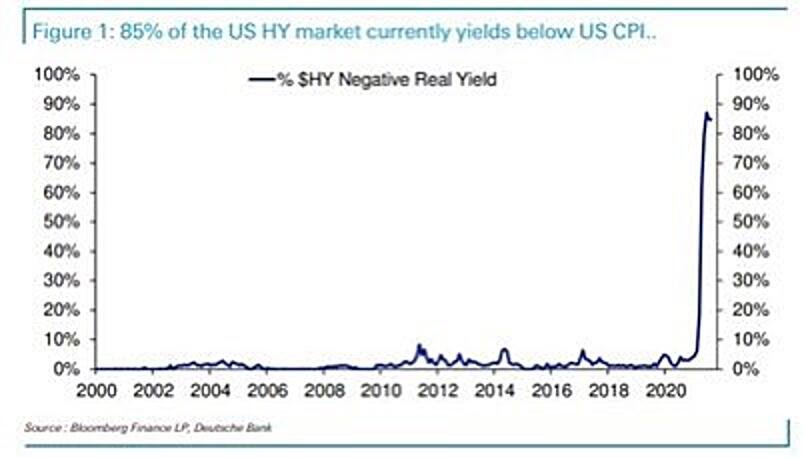 Interest rates are without a doubt one of the most important drivers of investment returns, if not the most significant.  Warren Buffett has mentioned in the past that there is almost a reverse gravitational impact of interest rates, in that lower rates tend to raise equity valuations.  Conversely, higher interest rates tend to pressure equity valuations, in that the opportunity cost of not investing in bonds is higher, so investors demand a higher earnings yield, which means a lower P/E.  Historically, retirees have been able to allocate a large portion of their capital into bonds to generate the income that they need.  The benefit of a diversified bond portfolio is that it tends to be less volatile than a diversified equity portfolio.  The expected returns are generally lower, but the standard deviation (or expected volatility/drawdowns) is much lower too.  If inflation is at 2% and a 100% bond portfolio is yielding 7.5%, as it did in 1995, there is a 5.5% real return, with just a 6% standard deviation.  That was real and reliable income, but since the Financial Crisis and the Federal Reserve’s zero interest rate policy, we have been in a different interest rate paradigm.

The Vanguard Total Bond Market Fund (BND) has a yield of 1.3%.  Over the last 12 months, we have seen an inflation rate of 5.3%.  This means that the real yield on this diversified bond fund is -4%.  If you look at the second image at the top, you can see that a staggering 85% of high-yield bonds yield less than the inflation rate, which has literally never happened before.  The days of the average 70 year-old retiree investing 70% of their income in bonds and still being able to live comfortable in retirement are over for the time being.  As a consequence, more and more investors have been shifting larger percentages of their investable assets into equities and real estate.  Both of these asset classes tend to have higher expected long-term returns, but higher volatility or standard deviations.  As you can see from the image at the top of the email, in 2005, investors could have still had 52% in bonds to achieve an expected return of 7.5%, while the standard deviation would have increased from 6% to 8.9%.  In 2015, the allocation to bonds could only be 12% and the standard deviation jumps all the way to 17.2%.  Think of the 17.2% as the plus or minus the expected returns, one should expect each year.  Obviously, the stage is set up for some very negative years with that type of risk profile.  If we were to do this same exercise today, the bond component would be far less than 12%, because interest rates are much lower than even 2015, and inflation is way higher.

The positive of lower interest rates is that it has driven asset valuations higher, so the lack of income on bonds has been countered by appreciation in the bonds and other assets, but that lasts until it doesn’t.  Expected returns moving forward for bonds, equities, and real estate are far lower than in just about any historical period, because the starting valuations are so stratospheric, and the likelihood of further interest rate declines seems much lower than future increases in rates.  With the prospect of another $3.5 Trillion or so in stimulus, horrendous supply shortages, and rising wages and rents, it is easy to see the argument for inflation that ultimately would drive rates higher.

For many investors or financial advisers, the market is almost like a restaurant menu. We’ll take this appetizer, this main, and this dessert.  That is like most traditional asset allocation models, but substitute bonds, equities, and real estate as the restaurant options.  In many market environments, this is totally fine and expected returns should be strong.  However, we are in what I like to call the Everything Bubble.  Just about every asset class is overvalued, bolstered by the lowest interest rate environment in history.  That doesn’t mean there aren’t attractive individual securities, but we just aren’t the type of firm that funnels assets into a bond fund yielding 1.3%, -4% on an inflation adjust basis, just because that is what most people do. If you own a target-dated fund and are close to retirement, I’d bet that you have a decent percentage of that account invested in these bonds that aren’t even yielding more than the inflation rate.

By hand-selecting each and every security in the portfolio to only include undervalued names, and then further structuring the trades to maximize risk-adjusted returns using options, we are basically creating a new asset class of sorts.  Its features are less risk than simply buying equities, higher income than equities or bonds, higher expected returns than bonds, less volatility than equity, but more volatility than bonds.  The volatility and risk is dramatically less with the caveat that you wait till expiration on the options, as opposed to focusing on short-term mark to market swings, as a key objective of the strategy is allowing time and volatility decay to do their things on the option pricing.  I have a strong feeling that these strategies are going to become increasingly important over the next 3-5 years.

Using Cash-Secured Put Options to Manufacture a 7.5% per annum Return

How to Manufacture at Least 7.5% Returns Annual over the Last 40 Years