Often we are asked why we don’t own the glamour stocks such as Amazon or Nvidia, which seem as though they can only go up in today’s market.  While both Amazon and Nvidia have incredible appeal right now and tremendous growth prospects, that doesn’t mean that they are necessarily great investments at current prices.

In the late 1990s as the internet went mainstream, it became very obvious that some of the biggest beneficiaries would be Cisco, Microsoft, and Intel.  There were a lot of other companies that people thought would be great that ended up failing, but people were right about the dominant market shares of these three tech leaders.  All three companies saw tremendous earnings growth over the following two decades, so you’d think investors must have struck it rich.  As you can see below, they did terribly, despite the fact that these three companies are still very profitable today!

The numbers would have looked dramatically worse a few years ago before Microsoft and Intel showed pretty good stock returns as they adjusted to the Cloud.  The point of this demonstration is simply to show one thing; Buying glamour stocks might look smart over the short-term, but it almost always leads to subpar returns in the future when you are paying too rich of a valuation.  Much of the market right now is overvalued.

Market participants thought that they were geniuses as these stocks were going up.  If you bought them at the IPO, you’d be a multi-millionaire many times over.  Those that were late to the game and chased the stocks, when they were already overvalued, ended up with decades of bad returns.

No investor is going to outperform every single year, including guys like Warren Buffett.  When it looks like it is so easy to make money, it usually means that you are getting closer to that inflection point, where things can change quickly to the downside.

Our strategy right now is on avoiding the bubbles as hard as it may be to miss out on seemingly “easy” returns. We are focusing on deeply undervalued names that can double over the next 3-5 years.  We are also using strategies such as selling put options to generate income and manufacture cheaper entry prices.  We need to let these strategies play out, allow the options to get to expiration, and see a full market cycle before we will really know where we stand.

This year, we’ve had some big winners and taken some hits on a few stocks, that we ultimately believe will make us a ton of money in the long run.  We don’t want to get too excited by the winners or too down on the losers, but instead focus on staying disciplined and maximizing long-term risk-adjusted returns.  Those money managers and mutual funds that were generating headlines in the late 90s are mostly out of the business after devastating their shareholders in the early 2000s.  We don’t want to make those same mistakes.

Thank you and as always please let us know if you need anything at all! 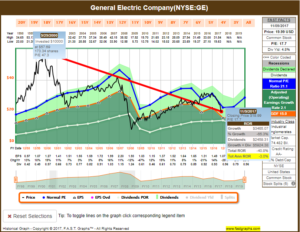 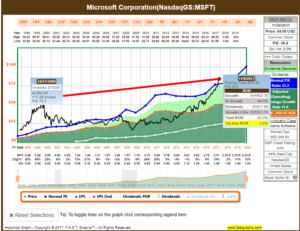