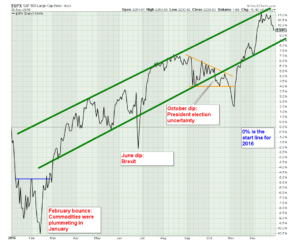 Equities have sold off quite hard over the last few weeks, starting with the mega-cap Technology names, some of which are down more than 20%, and filtering into the overall market.  Volatility was heightened further over the weekend with the sad news of the passing of long-time Supreme Court Justice icon Ruth Bader Ginsburg.  The news likely means this contentious election adds another element of massive disagreement, which could also hurt the chances we see a stimulus bill before it.

On the good news front, Covid-19 deaths have begun dropping in the United States quite rapidly and I’d expect that trend to continue as hospitalizations and ICUs have dropped by 55-80% across much of the Sun Belt. With colleges doing mass testing, positive tests have increased in some college towns, but haven’t resulted in many hospitalizations thankfully.  Keep in mind that PCR testing can be immensely sensitive.  At the cyclical thresholds we are using, we will pick up virus from up to 12 weeks ago, long after someone was infectious or contagious.

Europe is seeing increases in cases in some countries, but hospitalizations and deaths have not really followed.  It will warrant watching, but keep in mind they are also testing in far greater numbers, so they are going to find evidence of previous infections like we are seeing as well.  This virus is not fun and the market hates how difficult it is to gauge the responses of various governments.  The UK added some restrictions today for instance, while other countries are adopting more of the Swedish approach, but not really calling it that.

Elections are always tough because most people feel so strongly one way or the other.  Above I posted a chart from 2016.  The year started terribly, with oil having crashed and taking down many other sectors with it, as fears of a recession pervaded.  Then in June, we had the stunning Brexit.  So just after the market started recovering, it tanked again.  Then after once again making a nice recovery, election concerns caused another good-sized drop.  Then we had election night and as Trump was announced the winner, futures dropped massively, only to reverse the next day and go on a huge long-term bull run.  The biggest winners were financial stocks, which often get nicked up on any big economic concerns.  Surprising to some, after 2008, financial stocks also led the way in 2009, as Obama was the new President.  The reason they did well was because the valuations were so insanely low.  That is where we are now.  There is very little downside unless one panics and sells dollars for 50 cents.  That undervaluation, combined with the tailwind we get with options expiring late in January should help us quite a bit, so we just need to grit our teeth a bit and deal with the many stresses 2020 throws at us unfortunately.  This has been the most aberrational year I’ve ever seen on almost every level imaginable, I wouldn’t discount some potential positive surprises for value stocks, because all the bad news seems more than priced in at these levels.